When I arrived at my Airbnb accommodation in Zürich (my final destination before returning to Melbourne) after three busy days in London, four days of wall to wall museums and sightseeing in Krakow, 22 hours of travelling down memory lane in Vienna, a seven-hour train journey, an 11-minute tram ride (the Swiss are very precise) and a luggage schlepp up 12 stairs (the block of flats was on a slope, dammit!), I was in serious need of some R & R.

Regula, whose stylish flat I was staying in, detected a note of weariness in my voice when she reeled off all the tourist attractions in Zürich. So when she suggested a walk into the city along the lake followed by a visit to a sauna, I perked up. But, hang on, I hadn’t packed a swimming costume and could hardly go in my underwear. Needless to say the Swiss and all those Germanic and Nordic birch-slapping types are very uninhibited; no clothes needed.

The walk along the lake in the soft autumn sunshine was glorious. I strolled past copper beech trees, couples out walking, families with kids, dog walkers, roasted chestnut stalls and various sculptures including a Henry Moore. 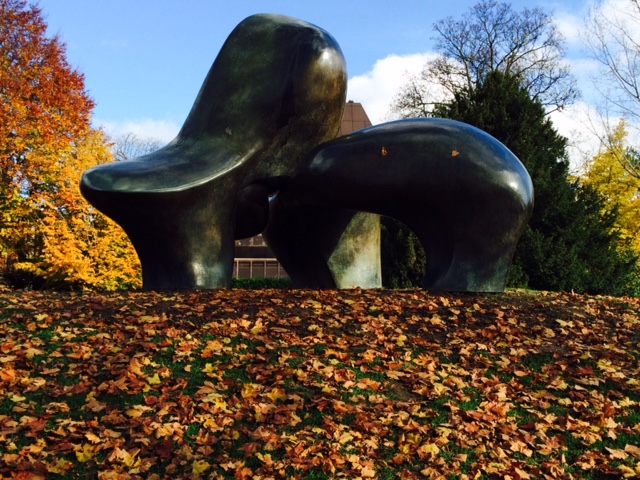 Everything is shut on a Sunday so I window-shopped my way through the narrow alleyways of the old town, stopping off to admire the Chagall stained-glass windows at the Fraumünster church and those by Augusto Giacometti (a relative of the famous sculptor Alberto) in the Grossmünster. Lunch was in Cafe Odeon, an art deco (Jugendstil) hangout favoured by exiled artists, writers and thinkers during the Second World War. 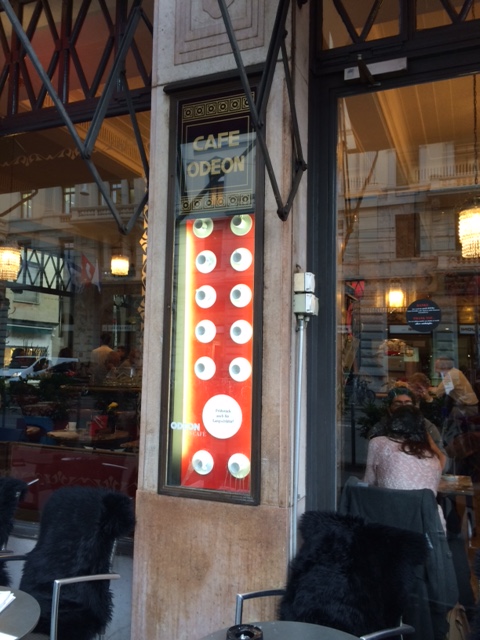 In the afternoon it was back to the Fraumünster to listen to an a capella concert of early choral music (Tallis, Byrd, Purcell etc). The singing was sublime and the acoustics spot on. I shut my eyes and let the music envelop me. I could have sworn I heard an organ playing such was the resonance and swell of the voices.

Then, saving the best for last, I headed off to the sauna in the early evening. Right on the lake with wooden decking, sun loungers and steps into the water, it was a bit like being on a boat. It even creaked. 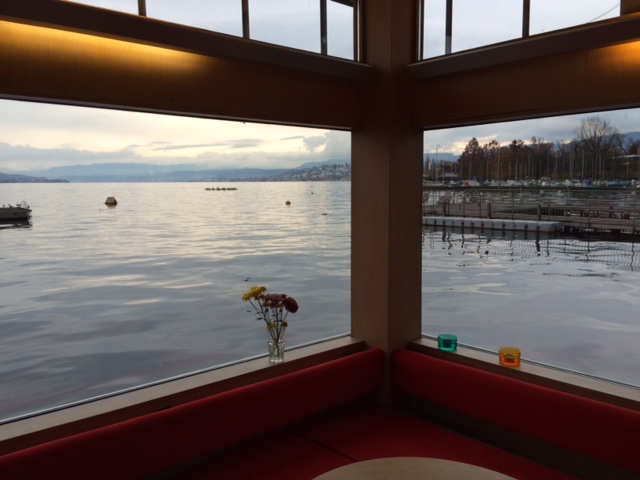 I duly stripped off, deposited my things in a locker, wrapped myself in a towel and went into one of several sauna cabins leading off a relaxation room furnished with reclining chairs and blankets. “It is gemischt (mixed) on Sundays?” I asked rather apprehensively on walking into a wall of heat and sweaty men. After a bit of good-natured teasing, I established that it was indeed a combined male and female evening, and I was not the only woman for long. It was all very relaxed and bodies were just bodies. More challenging was the recommendation that I cool down afterwards in the lake (I had had my eye on the shower on the deck). They assured me that, at 12 degrees, the water was mild for November. Mild for winter, maybe, but I wouldn’t call it mild as such! I did plunge in and it was exhilarating but a very brief immersion was all I needed to bring my body temperature down. 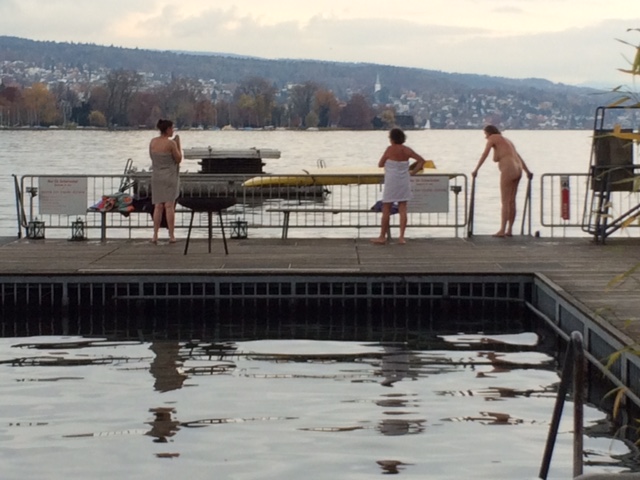 Back on the deck – everyone clad in towels at this point – the tealights were flickering and the brazier roaring. I chatted to a lively bunch of 30- and 40-somethings about life and the universe. If we’d just had a few sausages and some prawns, we could have got a barbeque going.

Opposite the relaxation room was a quiet room with a row of futon-like single mattresses on a raised platform. The idea is to go in there, switch off, slow down and snooze in a talk-free zone. Bliss! The next day I read a fabulous quote in the German edition of Vogue – see below. Translated, it means: I don’t have time to rush. I love that even though I rushed around Europe like a mad thing! 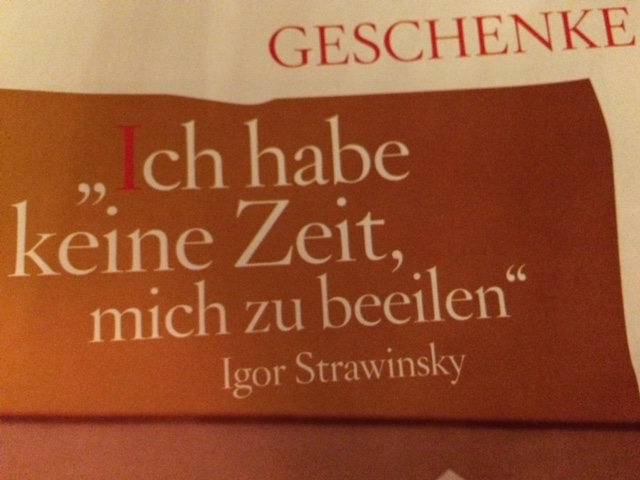 Postscript – those who read my last blog will be happy to know that Regula was happy to keep that well-travelled piece of cheese and use it in soup!!