I recently signed up to a free online dog training course. More fool me. There was nothing free about it. It started harmlessly enough with a couple of emails with some treat-size tips on how to stop a dog jumping up, but as the days progressed the tips and tutoring, supposedly dangled as carrots under my nose, were lost among paragraphs of waffle, sales pitch hype and endless calls to action: Exclusive offer! Sign up as a member today and receive a 60% discount! But hurry, offer limited! And, if I signed on the dotted line, I would receive three books normally valued at $100, a 30-day money back guarantee and MUCH MORE! Plus, they claimed to have some sort of copyright on the secrets to dog training; I wouldn’t find them anywhere else, not on this planet, in Outer Mongolia or in Outer Space. But I did need to sign up first. Well, forgive the pun, but I didn’t jump at it.

Affiliate marketing schemes use the same technique and lure you into reading screen after screen of repetitious copy full of impossible promises, testimonials and videos.  I once watched a clip of two dudes in expensive shades sitting by a swimming pool explaining how they had gone from rags to riches.  For ten minutes they kept telling us that they would soon tell us how they did it. There was even a stopwatch on the screen counting down to their Big Bang revelation which, of course, never came. Because you had to sign up first.  It’s like waiting for the next episode of a television drama – you know the ones that end with a tantalising scene such as a dead body or a lovers’ tiff – so you have to tune in the following week. 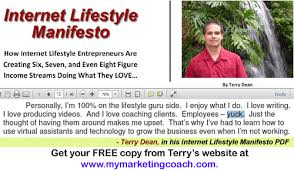 I’m an even grumpier old woman when it comes to telemarketing calls.  I don’t mind if they’re honest but it’s the “I’m not trying to sell you anything” that gets me. YES they are.  When one of the charities I support called me a few weeks ago, I patiently explained I was not in a position to increase my monthly contribution (I work in the sector and know they were calling to ‘upgrade’ me). They insisted it was nothing to do with money, thanked me profusely for my ongoing support and then told me about a new programme desperately in need of funds. If I could just increase my contribution by $5 a month…

However, I was nice – very nice – to the young Indian guy who came round with the (free) government-issued Smart Power Boards – the ones that turn your TV off automatically rather than leave it on stand-by. It’s a tough job knocking on doors and making sales so I was pleasant, chatty and even offered him a cup of tea. I asked him to plug my DVD into the normal socket so it would not switch off while in record mode.  Later that week, when I sat down to watch an episode of Downton Abbey (and I LOVE DOWNTON ABBEY) the screen was blank as the guy had plugged the DVD into the wrong socket. Arghhhhhhh!!  Once again, I was left hanging in suspense.