Victor Borge once said: “Laughter is the shortest distance between two people.” Don’t you just love that quote? Where would we be without humour? I don’t know how I would get through life without being able to laugh at myself and see the funny side of a story or situation. When I left a job in publishing back in the 90s, my colleagues were sad to see me go as they were losing the office clown, the one who brought a bit of levity to the never-ending meetings and impossible-to-achieve deadlines.

According to the Oxford Dictionary of Humorous Quotations, Oscar Wilde is the most quotable figure in the history of the English language. With 92 entries, Wilde beats other favourites such as George Bernard Shaw, Noël Coward, Mark Twain, Dorothy Parker and Woody Allen. The latest edition of the dictionary was published in late October to coincide with Oscar’s 159th birthday. According to editor Gyles Brandreth the litmus test for inclusion in the dictionary is that quotes makes us laugh, are memorable and stand the test of time. Sifting through the 5000-odd quotes must have been great fun for the one-time Member of Parliament whose favourite one-liner is from Boris Johnston, the Mayor of London: “My policy on cake is still pro having it and pro eating it.” Only BJ – I had the pleasure of listening to him open the Melbourne Writers’ Festival earlier this year – would come up with such a cheeky, schoolboy-type utterance! See: https://thisquirkylife.com/2013/08/30/boriss-blockbuster/

What are your favourite humorous quotes? Some of my personal favourites are:

“That woman speaks eighteen languages, and she can’t say ‘No’ in any of them.” Dorothy Parker
This applies to anyone who has ever had a problem with maintaining personal boundaries and being over nice and accommodating. I speak from experience…

“Anyone who lives within their means suffers from a lack of imagination.” Oscar Wilde
A brilliant quote for the idealistic freelancer… 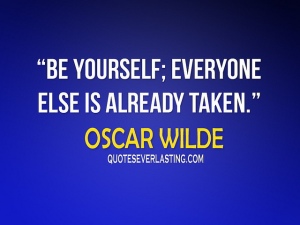 “There ain’t no surer way to find out whether you like people or hate them than to travel with them.” Mark Twain
Who hasn’t got a disastrous falling-out-with-friends travel story? I have several!

Success is going from failure to failure without loss of enthusiasm.” Winston Churchill
A much more elegant take on the idea that there’s ‘no failure only feedback’, and a good mantra to live by.

“The trouble with the rat race is that even if you win, you’re still a rat.” Lily Tomlin
Rats really do race! In 2003 when I was helping out on a volunteer conservation project on the Balearic island of Majorca, I went into the kitchen one morning and opened the food cupboard. Two black rats shot out and raced down the stairs. I don’t know who was more frightened, me or them!

I’ll close with a dog quote: “I don’t really understand that process called reincarnation but if there is such a thing I’d like to come back as my daughter’s dog.” Leonard Cohen.