When was the last time you unleashed your inner child and pretended to be a blind dog, an alien from Outer Space or a French person struggling to make themselves understood? These were just some of the scenarios we were given to act out at a Theatre Games and Improvisation Meetup on the weekend. As a child I loved dressing up and putting on plays with whomever else I could rope in, and I had a bit of a knack for mimicry and accents. But that was then. On Saturday afternoon I struggled to tap into that playful vibe – it felt like being in the classroom on the first day at a new school – although I was warming up by the end. The degree to which I engaged was also partly determined by the group I was in; we were in the same group of four for the whole two hours. And my group was on the reticent side.

It was interesting to observe the dynamic and watch the more ‘Am Dram’ types take centre stage with their suite of accents and gestures, while others played out more slapstick scenes without much sublety. I observed the bolder ones and wondered what their day job was and whether this was the ultimate release; the chance to let go of corporate or even family constraints. It reminded me of the Karaoke party I hosted for my choir last year. Some people tapped into their inner rock star or channelled Madonna, hamming it up and belting it out, while others sat on the side lines. However buried, I think most of us have a desire to clown around as it gives us the freedom to tap into an alter ego.

I went to the Improvisation Meetup not only to unleash the thespian in me, but also as part of my ongoing experiment with adventures in off-line living. It’s not so much about meeting a partner and avoiding online dating, but more about expanding my world and living to the full. But maybe by doing what I love to do and not actively searching, I might meet someone like-minded in the process.

In March I went to a Cryptic Crossword 101 at the NGV. I’ve always wondered what the clue to solving the clues is. A Friday afternoon event, it was full of retirees, mainly women! However, there were a few younger people including the two engaging male presenters, one of them very dishy in a swarthy Hispanic kind of way. As it turned out, he also does cryptic crosswords in Spanish, one of the few languages apart from English with a vocabulary extensive enough. And for fans of factoids, British-born Arthur Wynne created the first crossword in 1913, and it was published in New York World.  Talking to the dishy Hispanic after the event, I found out that you can do Spanish crucigramas online. That might be a stretch even though my Spanish is pretty good. I still haven’t mastered the art in English. 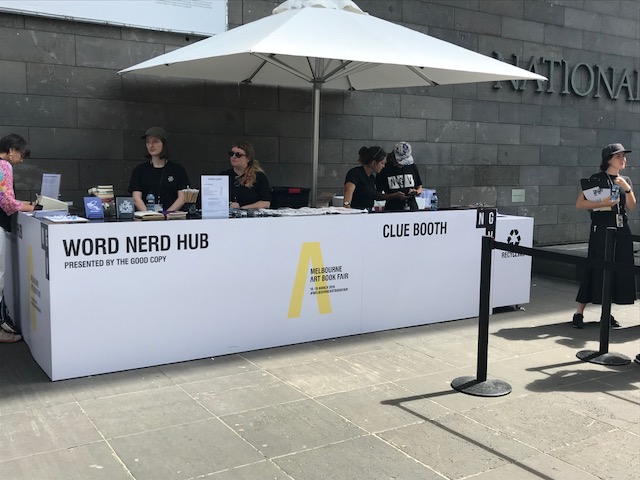 Visiting my favourite beach café a few weeks ago, I got chatting to a couple of older blokes – way too long in the tooth for me – who were pouring over a crossword puzzle. I confessed that my brief 101 hadn’t equipped me to crack the clues – I reckon it takes not only a great deal more practice but also, possibly, a more lateral-thinking brain. But, hey, I now have a new string to my bow. Where once I might have ‘posed’ in a café with my book and beautiful dog child, I can now add the crossword to my arsenal of conversation starters. 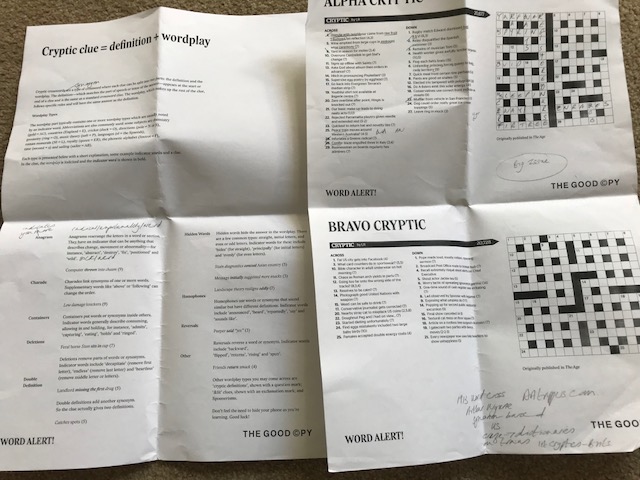 Needless to say, there are also crossword Meetups. Incidentally, did you know that Meetups emerged from the community response to 9/11 in New York when people reached out to help one another? I didn’t. I’m quite a regular at the German Language Group Meetups.  I went to a wonderful exhibition of poster versions of black and white photos (the originals are in Berlin) from 1970s East Germany at Melbourne’s Goethe Institute, the only place outside Germany where they are showing. As with all Meetup groups, there’s always an eclectic mix of people from all walks of life. At a German social at the Hophaus I met a young man, impeccably dressed and well mannered, who does the marketing for Viagra, helping to maintain sales over the generic brands. I had thought the key consumers would be men of my vintage but, no, it’s younger men who want to last for longer. It’s always intriguing finding out how people earn their living. At the same group there was an academic, a shy Frenchman with lots of piercings who translates films and a psychologist who works in drug addiction.

I still think it might be my dog Bertie who leads me to someone interesting.  There was a new man on the beach this summer who caught my eye. He had an open, honest and smiley face – a boyishness about him – and lightly curly hair that matched his dog’s, one of the ‘oodles. And, importantly, no gold band on the third finger of his left hand. A fellow dog-walker, Suzanne, thought he might bat for the other side, something about the timbre of his voice and the pink floral towel, so she did some investigating for me. One should, of course, never judge a book by its cover; ring or no ring, he is, in fact, married.   In a nutshell, dear reader: been there, done that. Nein Danke. 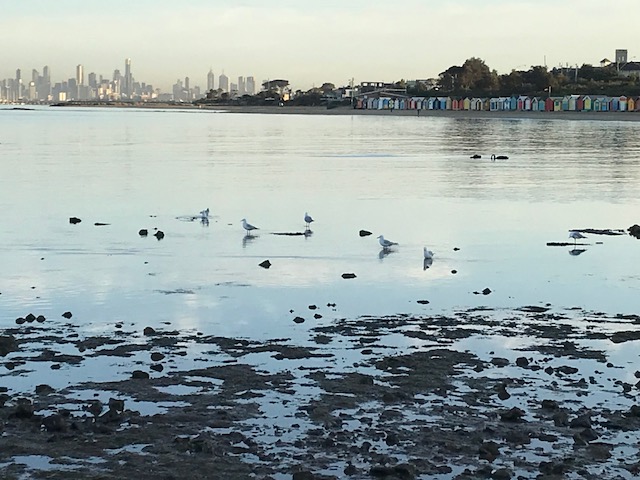 Never mind, a few days later Bertie raced off to a rocky outcrop flanking the beach. Worried that he might repeat his trick of a few years ago of getting a bait-loaded fish hook in his mouth, I dashed after him and narrowly avoided colliding with an attractive silver-haired man changing after a swim. Apologising for invading his privacy, we had a chat and I picked up a German accent – well done Bertie for taking me over there! The man was Swiss German and had a strong accent and a good sense of humour, not something always associated with the Swiss. And I didn’t spot a wedding ring. Chances are that he’s married too but I enjoyed our brief chat and practising a bit of German. And it reinforced my belief that you never know who and what you might encounter in the real world. Onwards and upwards.